he Kingdom of Ourania, (re-)established in 1949, is the first nation to formally recognize the Sovereign State of Paraduin. King Immanuel X’s offer for mutual recognition was accepted by Prince Ogidius on August 19, 2017.

Ourania is an advanced micronation that has acquired numerous islands previously in possession of Russia, Portugal, the United Kingdom, the Viceroyalty of New Spain and other nations. It furthermore claims a sector of Antarctica.

The Kingdom has received recognition from Portugal and has applied for membership of the Universal Postal Union, an agency of the United Nations.

The Kingdom of Ourania is offering 4 acres of land to anyone who will play for them in the 2018 International Chess Olympiad. Stan Vaughan, representative of Ourania, is a fanatic chess player, and even managed to get his face on a stamp issued by Burundi.

Prince Ogidius of Paraduin, himself a master of chess, applauds the King’s efforts to popularize the game. 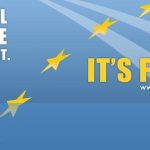