he State of Paraduin confirms its involvement in the motion picture ‘The Russian Bride’, a production of Reigning Entertainment. Paraduin is represented by an executive producer.

The movie features actresses Oksana Orlan and Kristina Pimenova. The actor playing the male lead role will be revealed at a later date.

‘The Russian Bride’ is a horror thriller written by director Michael S. Ojeda. It is set in and around a mansion in Detroit, Michigan, during the winter.

In a recent interview for Posh Kids Magazine (november 2016), young model Kristina Pimenova (2005), known as ‘the most beautiful girl in the world’, expressed her wish to become an actress and a movie director. She has already played a small post-production role in ‘Creators: The Past’.

Oksana Orlan, a former miss Ukraine, is an experienced actress. She won a best-actress award for her lead role in ‘Lana’s Rain’. 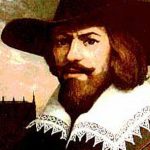 Remember the fifth of NovemberCultuur 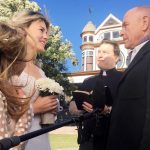